Sometimes God has a funny way of answering prayers, or so it seems. God has been teaching me much about prayer, and one aspect of that has been praying specifically. And so I asked Him at lunch time for a small but unlikely thing from a particular person.

A few hours later I heard from that person (though they had no idea I was praying this). It was a God-fingerprint . . .  but not in the way I’d hoped. I’ll not get into details, but it felt like a slap in the face, though it was well-intentioned. It reminded me that something bigger I’d hoped for was still a “not-yet”, maybe a “not-ever”. I’d hoped . . . hoped that maybe the answer would be “yes, now”. But no.

Being told “no” hurts. Having hopes dashed is hard.

It felt like God had pushed me away, too. But I knew He hadn’t. And I have walked with Him long enough to know where to go. So I spent a long time praying through Psalm 69. It helped. He is my source of strength and my loving Father; I do find rest in His presence. I poured out my heart before Him, asked Him what obedience was supposed to look like, told Him I wanted to think rightly about Him but was struggling.

I told Him that I was looking to Him alone, wanting to see Him, willing to wait long in His presence and hear Him. I asked Him to incline His ear to me and answer me.

God answers prayers. He really, really does. He hears our hearts and when we come to Him in desperate need, He is able and willing to meet those needs.

He drew my eyes to see a crumpled picture, haphazardly taped up on the wall by a child, special to a mother who, even with 14 children, still believes in saving their art.

And this picture had a verse on it. “But without faith it is impossible to please Him: for he that cometh to God must believe that He is, and that He is a rewarder of those who diligently seek Him.” Heb. 11:6

I’ve read it a million times. Memorized the entire chapter of Hebrews 11, years ago. And yet it struck me anew.

I’m inclined to think that it’s true. I believe that He can do many things. But I don’t know if He will, and even though I would never admit to actually believing this, my sinful heart is inclined to think that God would in fact withhold something good, maybe just because I want it, that maybe He is sovereign but He isn’t really, fully good.

It’s the old, old story from the garden. Listening to the “God is withholding something good from you” lie, and then believing that something is good and delightful when it is in fact something that brings death.

Today, there’s at a least one (good-looking) thing that has been withheld in my life, and in yours too, isn’t there?

Yet what is the truth? Since it has been withheld, it must not be good for me, at least not now. To be given this thing now, though it appear to be a good thing, would not be good. The reasons for why it wasn’t given are unimportant, probably above my pay grade. Speculation isn’t necessary or helpful. What I do know is that today, the answer is no. That’s enough.

Now, I must be careful not to add to His command, as Eve did with the “not touching” piece. Today it is not good. Tomorrow the answer may be different. But today, I am not to “eat of it”. Today, I must not listen to the voice of the old serpent, or the sin nature still deeply entrenched in me.

Today, God is God. He is Lord of all, King of Kings, Creator and Sustainer and the One in Whom all things hold together. He is my Heavenly Father, my Savior, my Comforter. He is my Refuge and my Strength and my Sufficiency. And He is a rewarder of those who diligently seek Him.

I don’t get to dictate what His rewards look like. It’s so easy to take that verse “Seek first the kingdom of God and His righteousness, and all these things will be added to you”, and decide what “things” He must mean.

Maybe that verse means that I seek Him first, seek Him only, seek Him today, and refuse to worry about the “things”. Maybe it means that I believe His promises, and stop asking quite so much (as a facade for worrying) – not thinking that I will be heard for my many words, but still persevering in faithful prayer.

Maybe it means that I consider the wildflowers, and instead of laying out all these long requests before God, I practice quietly trusting Him, letting less petition and more worship/confession/submission shape my prayers. Maybe it means I ask God to reward me however He wishes, not telling Him what I want the reward to be.

There is a place for praying specifically so that I can trace God’s hand, looking for fingerprints and being grateful for specific things.

But I must not let it take over to the point that I think I know better than God, and that if I don’t pray for something, He won’t know I want it, and I might miss out (again, not something I would admit to actually believing – but the reality of my prayers would beg to differ – what would your prayers say if you wrote them out?). I must not believe that it’s my job to get Him to follow my whim. I must not follow Him for what I can get out of it.

I must believe that He is a rewarder of those who diligently seek Him, but joyfully allow Him to decide how to reward me. Even if it’s not on this earth. For in context of Hebrews 11, how many of those people who walked by faith ever saw a reward on earth? No, they walked by faith, believing that a reward was coming, but it was rarely a visible one, rarely something that they ever saw. Maybe because, umm, faith that is seen isn’t faith? {insert facepalm – it’s really easy to get this faith thing mixed up}.

I can pray, because He is a loving Father who wants me to ask, and He delights in giving good gifts to His children. But I must accept whatever He gives as good. Even something like a slap-in-the-face answer to prayer.

That was not God giving me a stone when I asked for bread. It wasn’t.

That was God being good to me. Though I cannot see how and why, and though it does not feel good, that was God answering a prayer in the very best way. God did not withhold something good.

That’s where I have to land. When God says no, it’s in context of a bigger yes.

But sometimes it’s less obvious, and/or more personal. Sometimes He says “no” to one ministry opportunity and “yes” to another one, and we can’t really see why that first one, which looked so much better, was a “no”. Sometimes we can see it when we look back, and sometimes we can’t. Sometimes it’s a really, really hard thing, like losing a child to cancer, and it never fully makes sense here on earth, and we don’t understand why God’s bigger “yes” couldn’t have included healing, too.

I don’t pretend to understand. I don’t know what it is like to undergo those intense faith trials, when it must cost everything we have to believe that God actually is, and that He is actually a rewarder of those who diligently seek Him.

But today, I get to practice. The lessons will not end, and will likely increase in difficulty. So what I believe about God today matters. How I respond to unwanted answers to prayer matters. How I choose faith and ask God to help my unbelief matters.

For at the end of the day, if my heart’s desire is to come to Him and please Him, He says I must have faith, believing that He is, and that He is a rewarder of those who diligently seek HIm.

May we have that kind of faith. Come what may. And may He Himself be our greatest reward.

« Resetting My Heart
Words and Influence » 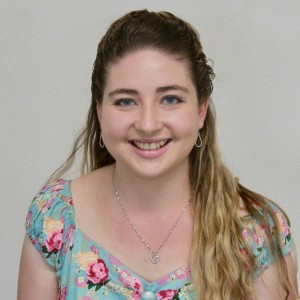